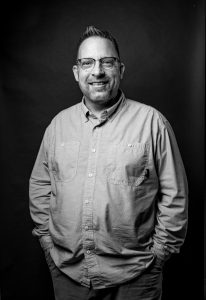 We spoke with BrickSimple’s Chief Creative Officer, Jesse Berdinka, about the characteristics of successful corporate cultures.

You’ve been part of the glitz and glamour of the Hollywood machine. What’s it like working outside the Tinsel Town spotlight?

I think one of the biggest misconceptions is that working in Hollywood is glamorous. There are times when that’s the case but it’s also a lot of demanding work. It’s really not unlike the software industry. There is a lot of hubris, ego and posturing, but there is also an amazing amount of creative talent, integrity and old fashioned American work ethic too. I think film, software and politics are pretty similar in that regard.

The Philly area and its suburbs have a deep history in revolution, education and industry. While some would argue the Valley has a lock on innovation, do you think this combo gives regions like Philly a competitive advantage?

I have a tee shirt that just says “Philly vs. Everybody.” That attitude is in our pores. It’s in our DNA here. How can a city that worships The Eagles and Rocky ever be anything different? There is a classic outsider attitude to this town that no place else has and I think you see that in just how hard everyone here works. Even if Philly didn’t have any tech infrastructure or resources, I think there would still be men and women working in their basement and garages to innovate. Just so happens, we actually do have those infrastructure and resources, too.

What would you say are the three things that make living and working outside of Philly unique?

I can’t live in a non music town and I would put the Philly music scene against anywhere else I’ve lived. The venues here all have their own personality and I enjoy every one of them. The people here are raw and real. That authenticity is refreshing. The optimism. I know, this is a town that revels in being downtrodden, but recently there has been talk. “I think we can…”

What can you tell me about the culture differences you’ve noticed between places like Silicon Valley or Hollywood and Philadelphia?

I’ve never worked in the Valley, but it’s not unlike Hollywood. Ego is an innovation killer and I think that living and working in Philly adds a layer of humility that is crucial to doing good work. George Lucas moved ILM out of Hollywood because the culture there was killing what he valued. That’s why he moved everyone up the coast. I think working in the Philly area is kind of the same thing.

What would you say are the characteristics of a successful, vibrant and lasting corporate culture?

An authentic, real and heartfelt set of values. That’s it. If you have a set of guiding principles and you stay true to them, everything else falls into place. That, and look after your people. Look after their careers, their interests, their day to day.

What advice would you give to companies looking for ways to build a better culture for their employees, partners, clients and community?

Have a set of good values that you live by every day and don’t be a jerk. It really is that simple. If you have those two things your culture will grow organically. If you have to create every aspect of your culture then you’re doing it wrong. Culture should be a natural growth out of the seeds you plant.