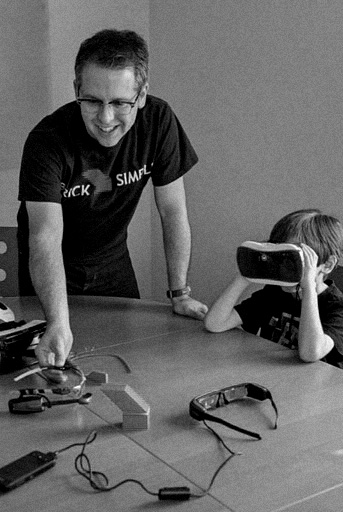 We recently sat down with BrickSimple CEO and founder, Det Ansinn, to get his take on the company’s role in the upcoming Philly Codefest hackathon at Drexel University (April 14-15).

As a company, we’re all about solving complicated challenges. What I like about hackathons like Codefest is that they give the participants a short period of time to focus intently on solving a problem. How often do you get an opportunity to solve a real world problem in a weekend?

BrickSimple is a title sponsor of Philly Codefest. Why the big commitment?

Philly Codefest represents what we stand for: creating solutions to real problems that people and companies have. We have a reputation for innovation. Hackathons like Codefest are a terrific stage to not only highlight our commitment to innovation, but to also support a platform that could spawn even greater things by developers nobody knows yet. And I’d be lying if I didn’t also admit it’s a great way to scout for new talent to add to the BrickSimple team.

Philly’s become a nexus for innovation centered around the greater good. Why do you think that is?

If you look at Philadelphia, it’s as college town as a college town can be. It’s the birthplace of American democracy and the nation itself. We have a rich fabric of academia and enterprise companies in the region. It’s natural for those of us who live and work here to want to have a larger impact on the communities around us. It’s why organizations like CHOP, Jeffereson and Einstein are here. There’s no reason why the technology industry shouldn’t be part of that impact.